Share a memory
Obituary & Services
Tribute Wall
Donations
Read more about the life story of Ronald and share your memory.

Ronald Dalton passed away on December 31, 2022.  Below is an obituary written by his loving family.

Ronald K. Dalton was born September 9, 1949, in Indianapolis, Indiana to Ronald K. and Virginia (Price) Dalton.   He graduated from George Washington High School in 1967 and Purdue University in 1973 with an Engineering Degree in Industrial Management.   He retired from Parker-Hannifin after 26 years.    He was a member of the Brownsburg American Legion post 331.   He is survived by his daughter, Melinda (aka Mindy) Deer; his son, Ronald K. (Jodi) Dalton; his best friend, Melanie Sams; his grandsons, Evan Deer, Eric Deer, Grayson Dalton and Rylan Dalton; his brother, Larry (Pam) Dalton; and his nieces, April (Bob) Noblett, Shannon (Tom) Crawley, and Robin (Shawn) Koch.  He was preceded in death by his parents. He obtained many skills and enjoyed doing fun things during his life.

Home building: Early in his life he built houses with his father and brother. This gave him the skills to build four of the six homes he lived in throughout his life.
Boating: He was around boating and water skiing growing up at Lake Shafer. This led to him owning two boats and a lake house where he enjoyed hosting cookouts, water skiing, and tubing with family and friends.
Cars: He worked for his father at their filling station where he gained knowledge of working on cars. This led to him owning many cars where he would work on them himself whenever they would require repair or maintenance.  He owned muscle cars that he would enter into the local car shows and also volunteered to help organize the car shows.
Golfing: He picked up golfing through work outings and weekly leagues. He would always talk about how the jumbo driver changed his game.
Bowling: He always had a bowling ball complete with shoes and a bag. He really enjoyed bowling in weekly leagues with his best friends.
Boilers: He was a staunch Purdue Boilers fan.
Family: He was a firm believer in the family unit. He promoted a strong work ethic, fiscal responsibility, and family values which was a mindset taught to him by his parents.  It became a strong conviction for him and he never stopped promoting this to his family and friends.

Arrangements are currently pending in the care of Eric M.D. Bell Funeral Home and Cremation Services.  All are encouraged to keep Ronald's family in your thoughts and prayers during this difficult time.

To send flowers to the family or plant a tree in memory of Ronald K. Dalton, please visit our floral store. 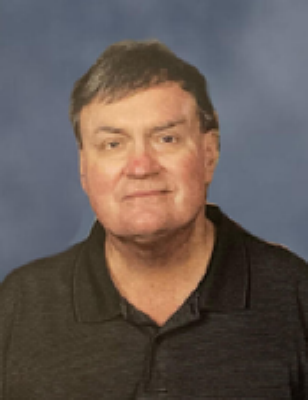 In Loving Memory Of

Look inside to read what others
have shared
Family and friends are coming together online to create a special keepsake. Every memory left on the online obituary will be automatically included in the book.

In Loving Memory Of

Look inside to read what others have shared

Family and friends are coming together online to create a special keepsake. Every memory left on the online obituary will be automatically included in the book.

You can still show your support by sending flowers directly to the family, or by planting a memorial tree in the memory of Ronald K. Dalton
SHARE OBITUARY
© 2023 Eric MD Bell Funeral Home and Cremation Services. All Rights Reserved. Funeral Home website by CFS & TA | Terms of Use | Privacy Policy | Accessibility